For years it was thought that only high top shoes were appropriate for playing basketball in. It wasn’t the look or the style that was the reason. Rather it was the added protection a high top shoe gave for the players ankles, as opposed to a lower top shoe where the ankle is more exposed and possible susceptible to injury. This all changed when basketball legend Kobe Bryant went against the grain and bucked the trend in 2008 with the releasing of the fourth edition of his signature shoe, the Kobe 4. This ESPN article describes the so called unwritten rule in making basketball shoes, and how Kobe started a revolution. From here people started to see it “acceptable” to wear low top basketball shoes, and many other companies start to develop their own low top basketball shoes. My love for basketball shoes, and overall interest in the sport caused me to look into this topic and explore the differences between the two styles of shoes. Decide which if any is a better fit for use on the court. And answer the question, do high top basketball shoes really give you better ankle support?

The null hypothesis for this question would be that high top shoes are more effective for protecting your ankles while playing basketball. The alternative hypothesis in this equation would then be that low top shoes actually protect your ankles at a better rate than their high top counter-part. A confounding variable could be that previous ankle injuries causes by sports or not that could cause the ankle injury rather than simply the type of shoe you are wearing.

A study done at Brigham Young University in March of 2000 dove deeply into this discussion of which type of shoe protected your ankles better. This is approximately eight years before the release of the Kobe 4, and the extreme spike in popularity and production of low top basketball shoes. This observational study involved twenty college aged physical education students at the university who has not had history of a lower leg injury within six months prior to the test. The test was conducted to see which type of shoe caused the most amount of ankle inversion. The subjects stood on an inversion platform with a foot support base that rotated at a thirty-five degree angle. This was immediately after sudden ankle inversion was caused by a trap door was pulled out with a string. The results were then recorded after the subjects stood on the platform with both low top and high top shoes on. The data showed that the high top shoes reduced the amount of ankle inversion for the subjects at an of 4.5 degrees, the maximum rate of inversion of 100.1 degrees per second, an the average rate of inversion by 73 degrees per second when put up against low top shoes. Drawing the conclusion that high top shoes may reduce the risk of ankle sprains in athletes, specifically basketball players (WWEB). 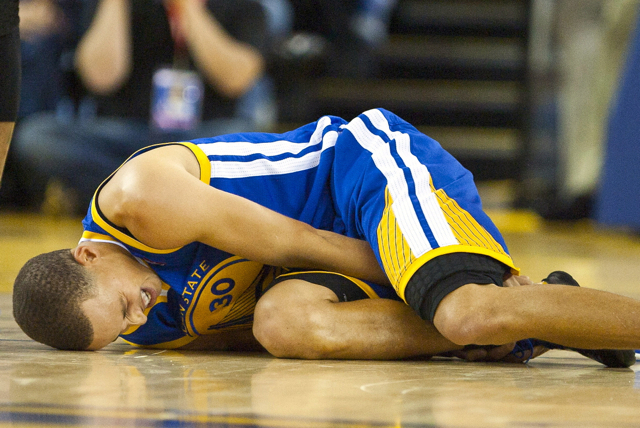 Pro’s and Cons of both

An article on livestrong.com lays out some pro’s and cons of wearing both types of sneakers. Despite offering less ankle support than high top sneakers, low top sneakers offer some really enticing benefits to players which is why they are quite popular on the court today. According to the article, because the shoes are low top in nature, they are then lighter weight. Sometimes up to twenty percent lighter than a standard high top shoe. Because, of this a players stamina may be enhanced due to less energy being exerted in order to pick up your feet because of the light weight. The one glaring issue with low tops is the lack of ankle support which is emphasized in this article as well. Basically completely reversing the statements made about the low tops. The added ankle support is a huge plus, the added support can also help prevent other foot and ankle injuries such as plantar fasciitis. On the flip side the extra material can not only make it more heavy and cause you to become fatigued, but also cause the shoes price to rise (Livestrong) (Breaking muscle).

Overall, the null hypothesis was accepted from the study, the higher topped shoes gave better support for the ankles of the subject. However, this is not to say that you cannot play basketball in low top sneakers. It is all about what you the consumer, and you the player value in the sneaker. If you value support for your foot and ankle, then a high top shoe is the right one for you. If you value light weight, and a lower price, then a low top shoe is the best bet for your style.