In my PSYCH100 class, I learned about the foot-in-the-door technique. The FITD technique is when you ask someone to do a small favor and when they agree, you then ask for a large favor. They will more likely agree than compared to only asking for the large favor. There is another technique called the door-in-the-face technique where you ask someone to do a huge unreasonable favor first, in which they will say no, then ask for a smaller more reasonable favor. The person will also be more likely to agree with this technique as well. But the question is, do these techniques work and if they do, which is more effective? 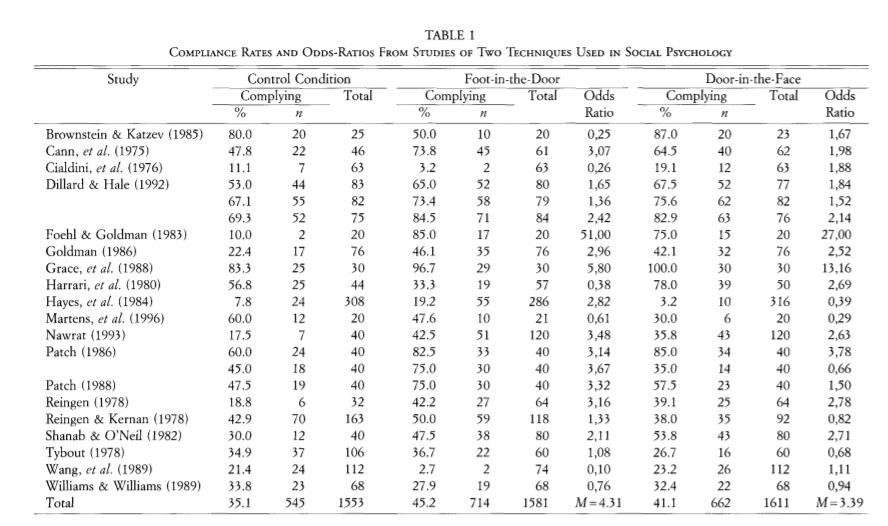 1 thought on “How to Manipulate Others to do Your Bidding”