Clones and cloning are one of the most controversial topics in science to this day. The ethics of cloning a human being is constantly being fought over, even though we clone animals quite often. Scientists have successfully grown clones from animals, most famously the sheep Dolly. In the late 90’s Dolly was the first animal to be cloned from an adult sheep cell. Other animals in previous years have been cloned like cows, mice, and frogs. However they were all cloned from the DNA from embryos. Dolly was cloned from a full grown six year old sheep cell. Dolly lived without any debilitating mental problems, she did develop arthritis though like any other sheep. She was also mated with a ram and produced offspring. She died of lung cancer, a common occurrence for sheep who live indoors and Dolly lived indoors.

What does this mean? It shows significant progress. The very fact the clones have no irregular abnormalities means humans can study these identical clones of animals and use them for research and guidelines for future breeding. Countries all over the world are researching clone science and so far most cloned animals can reproduce sexually. The Chinese have reported that they have an 80% success rate for cloning pigs. More pigs means more meat and more selling which can lead to a better economy. Not just pigs either, reports of other mammals successfully cloned are goats, horses, bulls, and even dogs. When you clone something its a common misconception that what you clone will think and act exactly as the host does. That is wrong. 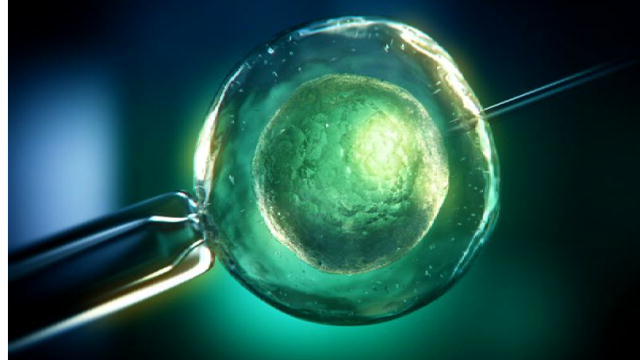 an artists rendition of a human nucleus.

Human cloning has never fully been practiced. We have successfully cloned a human embryo but each time it was done it was not allowed to grow into a full human. We have also cloned organs. It is unethical even though there are no federal laws regarding human cloning. However several states have banned human reproductive cloning. There are two types of cloning therapeutic and reproductive. Therapeutic cloning is not intended to recreate a whole being but to recreate tissue to replace damaged tissue on a living being. The benefits of this means we can replicate tissue and even organs for people in the future. However human reproductive cloning could allow us to recreate an entire human and harvest its organs for the use of the real host. Beneficial yes but extremely unethical because all though the clone wouldn’t be a mental replicate it will have its own consciousness. It is wrong to clone something, have that clone be self conscious, then harvest its organs and ends its life. Even studying it against its will for tests such as we do on animals would be tormenting to the clone.

In the Journal of Evolution and Technology, a peer reviewed journal, an entry by Nestor Morales entitled “Psychological and Ideological aspects of human cloning” talks about the unethical aspects of human cloning and the benefits. The unethical aspect of cloning a human would bring in the question of self identity and individuality of human beings. If you clone a human the clone will be viewed as a scientific product rather than a miracle of nature, and that makes some people uneasy and nervous. Nestor goes on to discuss the psychological life a clone may experience. People may insult or even demean the clone and the clone would intern contemplate its life and existence and this could negatively impact the clones mental state.

So reproductive human cloning is unethical and has no laws surrounding it but only a ban that prohibits the practice of such science. Therapeutic cloning allows us to create tissue from the nucleus of a cell and use its genetic material and information to replicate it. Think about the possibilities cloning could bring. Organs on hand for people who are in need, same with blood, plasma, and skin damage.

4 thoughts on “Is cloning bad/unethical?”