I recently heard of an odd practice that people have begun doing. People are now using smelling salts for non-medical purposes. This seems to be most common among athletes and people who are working out, usually with heavy weights. Most notably was the Dallas Cowboys’ star running back Ezekiel Elliot, who was using smelling salts before his football game on Thanksgiving (I guess it worked). I am not sure if this is a new thing people are doing or if it has been around for a while but just caught my attention. Either way I found this to be a little strange, I couldn’t really think of a reason why people would be doing this. According to Jeff Kingston smelling salts give people a big quick burst of energy after they are inhaled. Also they can help to keep you focused and prevent you from getting too tired. Many athletes use these in a variety of sports, especially powerlifters who need a short boost of energy. However, are smelling salts safe to use? 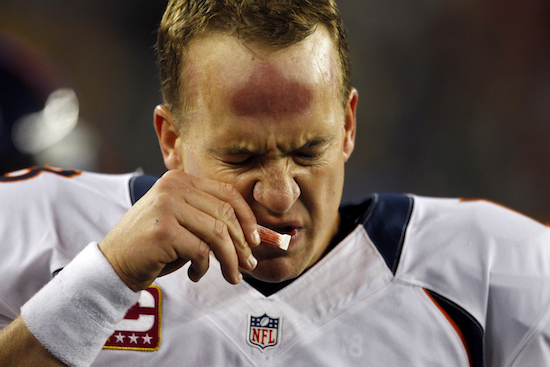 Most would say that there is no real harm, they just shouldn’t be used on people who are knocked unconscious anymore because it can cause involuntary movements that may cause more damage. Also with so many people using them, it seems like there couldn’t really be any health effects, at least not ones that are too bad. Abhijit Naik would disagree and say that smelling salts are dangerous. When they are inhaled, the ammonia irritates the mucous membrane of the lungs and nose. This causes the persons breathing to increase and the person will be more energized. Taking in too much ammonia gas can cause bad reactions in the body, so one has to be careful to not inhale a large amount. Aside from this, the main dangers of smelling salts are the involuntary reflexes that occur. This can cause an injury to worsen, especially a spine injury because the victim may move his neck and cause more damage to the spinal cord. This would obviously be a serious issue, so smelling salts can be harmful in some ways.

Overall smelling salts have potential to be harmful, like most things, but I believe if they are used in the right way then they are fin to use. They can cause serious harm if used on a person that has been seriously injured, however if someone is just using them to get some energy before a sporting event, then they appear to be just fine. As of right now we don’t have any reason to believe people shouldn’t be using smelling salts, so it may be a good thing to do before a big competition. However, as with most things, if smelling salts are used in great quantities then they can become harmful because of the excess ammonia. I would say in general smelling salts are safe and can even be very beneficial as long as they are used in the right way.