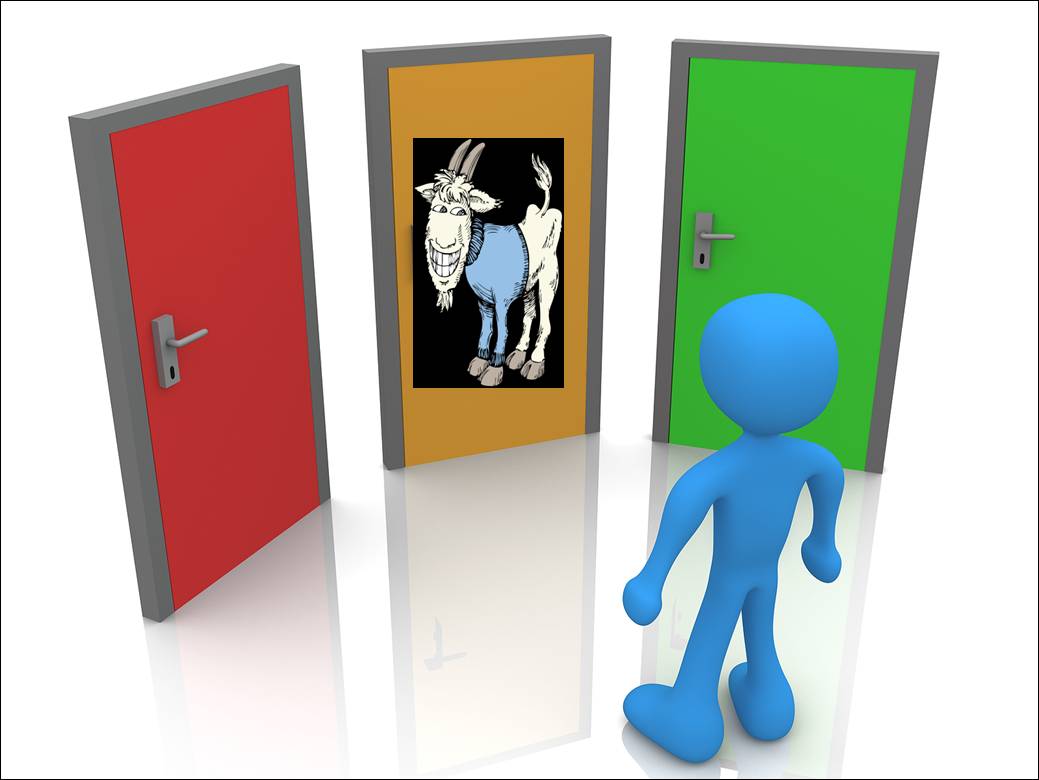 Today I gave the class the Monty Hall problem.  I like it because most people choose the wrong solution and it is extremely hard to explain the right solution without mathematics (ie the toolkit of science). The verbal explanations are somehow so unsatisfactory. Try this nonsense for example, which is technically correct Hollywood gibberish [mind you, Kevin Spacey does define professor cool].
The reaction of one of my PhD students when I told her what I was going to do:

Oh my God, you’re not going to Monty Hall them!

Do you have any idea the emotion that will generate? Paul Erdos didn’t get this problem and was vitriolically angry about it until it finally clicked. My husband and I nearly got divorced over it (he didn’t mention that Monty knows what’s behind the doors and will always choose to reveal a goat, then he refused to believe that those conditions mattered). You’re in a country where people may be armed… ARE YOU COMPLETELY INSANE?????
which, when I explained I escaped alive, was followed by:
.…but were they genuinely not worked up about it? It made me blindingly angry, and when I brought this up once at a party as an amusing story, the point being how funny it was that this maths problem produced such passion, two people at the party almost came to blows about it. These were neighbours, not maths geeks. Also really annoyed husband’s brother, husband’s best friend…..  so what the hell is wrong with your Penn State students? Are they dead?
Well no, but I could not decide what the students made of it. Is it just too weird to wrap your head around a pointless problem that is (by the professor’s own admission) very hard to wrap your head around?  Next class I’ll discuss why it is so hard for people to wrap their head around it.  Shame no one understands that either.  At least there are some hypotheses.

8 thoughts on “The Full Monty”