Teaching students has its challenges.  But this?

The night before Thursday’s class JoePa, arguably the most influential person in Penn State’s history, got sacked after 62 years on Penn State’s football coaching staff. Students rioted. Graham Spanier, the University President, who had been in our class just a few weeks earlier, was also sacked. By Thursday, Penn State was front page news globally. Everyone on campus was confused and angry. TV and satellite trucks were everywhere.
I spent most of Thursday morning wondering what to teach that afternoon. I decided I could not teach the regular stuff I had planned. Science seemed oddly irrelevant, for once.
So I decided we had to discuss the situation, at least for 15 minutes. I polled the students that did turn up (easily the worst turnout yet) on whether sacking the President was fair. They thought it was, 34 to 5.  Some of the students wanted to talk about the football coach sacking. I didn’t. They love him and, like the President, he has done so much for Penn State. But the problem started in football, and it was allowed to persist there. How could the guy at the top of football stay?  It happened on the President’s watch; it happened on JoePa’s watch.
So I asked the students about Sandusky. 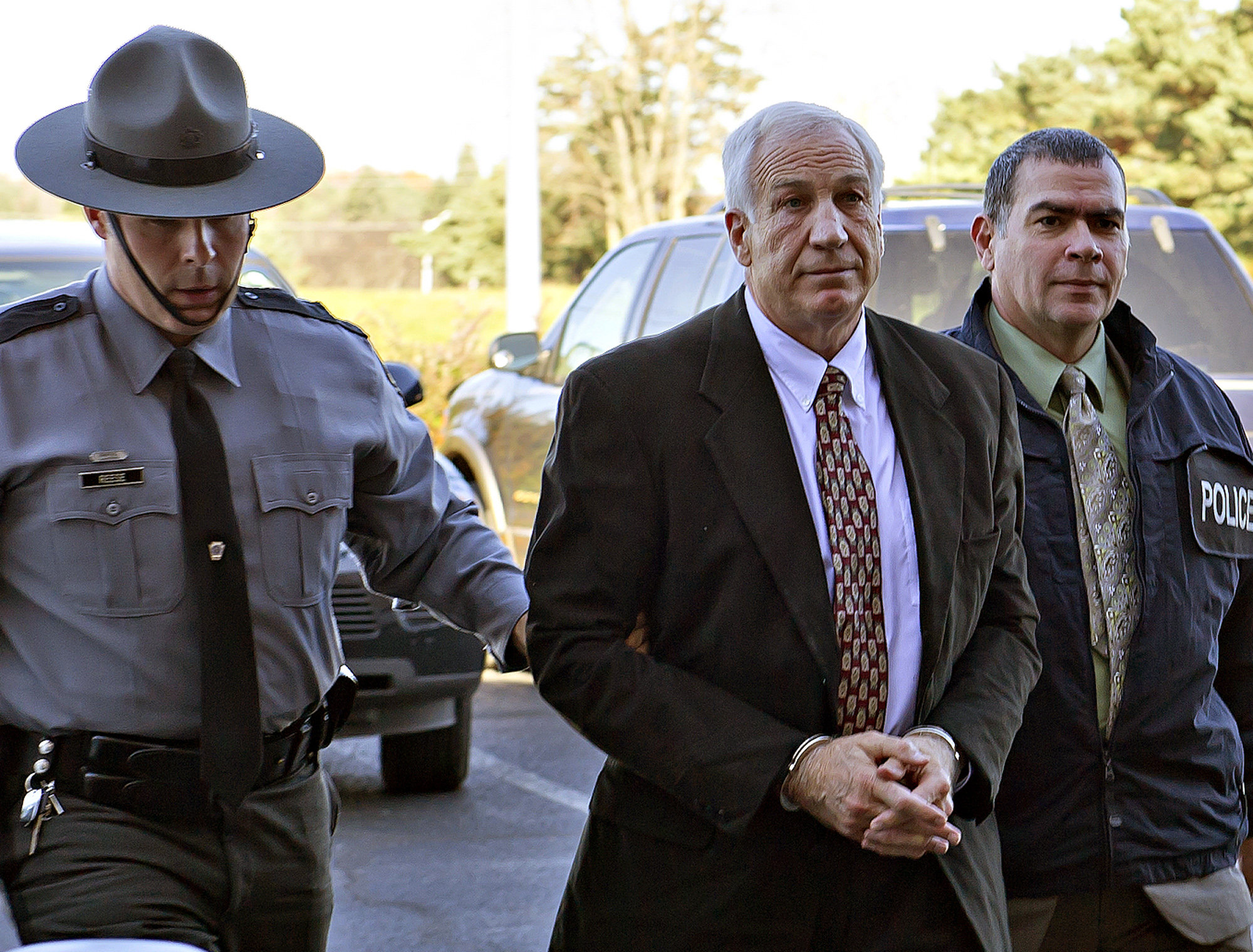 He’s the guy accused of the child molestation which started all this. The grand jury indictment makes him sound like a monster. First off, I asked the students to imagine the consequences if he is innocent. Gasps. Yeah I can’t imagine it either. All this turmoil for nothing? No, lets assume he did do what they say.
In which case, why did he do it?  He knowingly wrecked the lives of those kids and their families. He trashed his wife’s life, the life of his adopted kids, and his own outstanding reputation. And he trashed the Penn State ethos, JoePa, Graham Spanier, and a lot of otherwise very good people.
So why did he do it? He must have had extraordinarily strong urges to have sex with young boys. Where do those urges come from? We never ask this as a society. We throw around meaningless labels instead. Evil. Deviant. Sick. Animal. Pervert. Monster.
Of course, the students and I had nothing concrete to offer by way of explanation either.  It reminds me of medicine in the 15th century. Discourse based on ignorance. I think it’s pathetic. To understand is not to exonerate. It’s the first step in trying to properly prevent child molestation. Slapping labels on it does nothing. It’s moronic anti-intellectualism at its worst. I predicted to the students that in 50 years we will have a proper understanding. But only if society unleashes scientists to work on this one.
One student texted the Comment Wall to say it was inappropriate of me to turn a tragedy like this into a teaching moment
Nah.  That’s the whole point.  Science is not irrelevant.