I was talking in today’s class about how political pressures can come on scientists, using the very local example of Mike Mann. If you are a climate change denier, you need his hockey stick to go away. It will go away only if it is wrong. This means many politicians and political operatives criticize the science behind it, even though the majority of climate scientists accept that it broadly correct. If you are a climate change denier, you get out of that one by saying that there is a conspiracy among climate scientists to stay silent about the truth in order to get grants.

I think it is really important to get across to my class that scientists can’t do conspiracies. We are an extremely competitive bunch who make our reputations by finding flaws in other peoples’ reasoning – the bigger the flaw, the more we can over turn, the better. In fact, I go one stage further. I assert that scientists are better at rooting out incorrect science than anyone else. 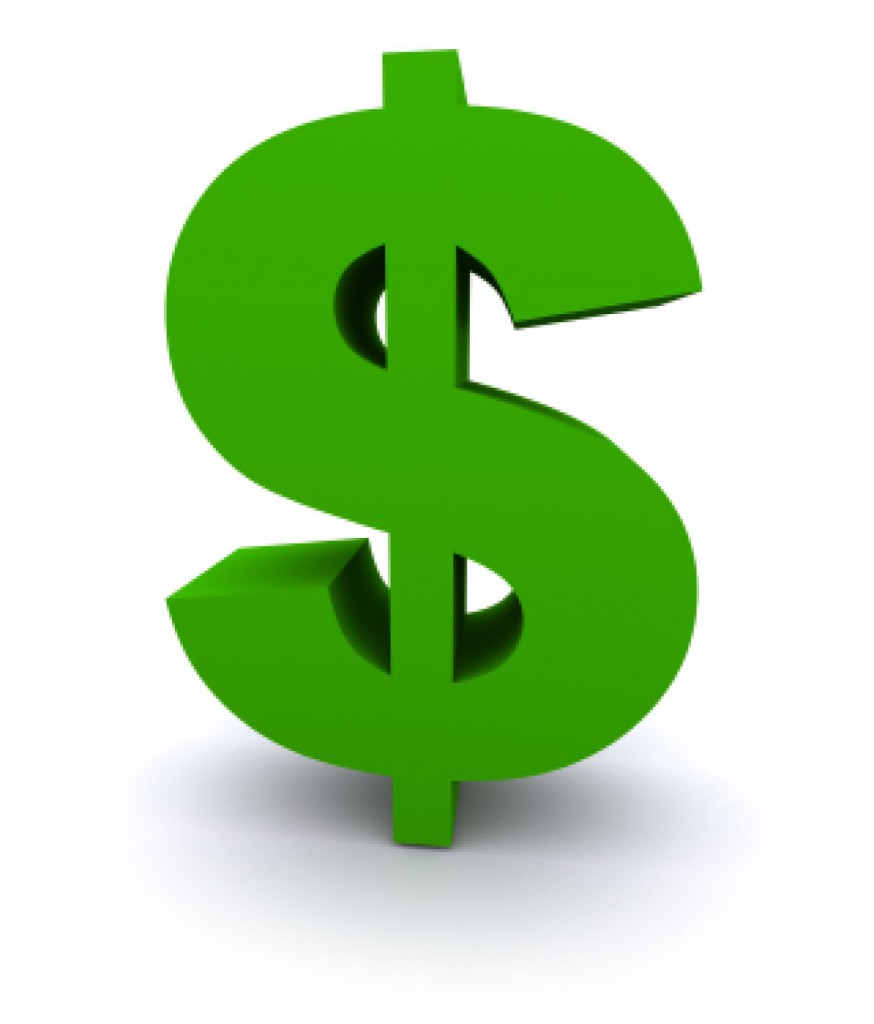 Which led me to challenge the class: $100 to the first class member who can name a non-scientist whose insights have led to a scientific consensus being over turned. I can think of lots of scientists who have overturned a scientific consensus.  I can’t think of a single politician, religious leader, snake oil salesman, mystic, rock star, lawyer… who has done that.
$100

I invited the faculty member who inspired me to talk about aliens to sit in on the class. Her reaction:

That was a fun class to sit in on–thank you for the invitation! I learned alot, and so must they have. You got some lively conversation going. Seems like the people who actually care sit towards the front.  From the back row where I sat, there were many students with computers open just surfing the web, writing papers for other classes, or messing with their phones. If that were my kid and my tuition dollars, I would have a few choice things to say to her/him.  Why do they even bother to attend–warm place to sit and free wifi?  How can you stand it?–have you ever surveyed to find out why they bother?  Arrrggghhh–you have my empathy

This is an important mystery. Some students at the back text me asking me to put a stop to the distracting behavior of other students (that’s hard – I can’t see who it is. Why don’t the texting students just move to the empty space at the front?). I have been for a walk up the back several times, and it really is the badlands. The students up there don’t even care that I see them doing something else. Mind you, it is not as bad as some other classes. One faculty member saw a student watching porn at the back of his class.
I do wonder why these students bother turning up. I take a few marks for attendance – are they that desperate? Or do they think something percolates in, even when they are not listening? Lots of regular attendees do poorly on my tests. I assume they are the ones sitting there not paying attention. One hypothesis which was put to me tonight is that they like the soothing tones of my New Zealand accent. Groupies? Seems unlikely.
But my colleague has a good point: as a parent about to shift money from my retirement fund to my kids’ college education, I would be outraged if my kids go to class and ignore it.
How best to ask these students why they bother coming (and take a seat from from someone who could not get on the course)?  Imagine the questionnaire. Do you attend and pay no attention because (a) Andrew has a sexy accent, (b) it is a warm place with wifi (c) I want my parents to feel they are getting their money’s worth (d) masochism: college education is something to endure.

Tuesday, I did a class on whether there is life elsewhere in the universe. The students think this is one of the most interesting questions in science.Â

I did it in two chunks. Â The first concerns the bit career scientists are involved with: the search for life in our solar system (e.g. Curiosity), the search forÂ GoldilocksÂ planets elsewhere in the Milky Way (e.g. Kepler) and the efforts to listen (e.g. SETI). And of course the Drake equation.
Â  http://www.youtube.com/watch?v=6AnLznzIjSE
The second chunk is about whether we are being visited: flying saucers, UFOs, Roswell, Alien Abductions and the like. The students are much more interested in this part. I only think about it for this class – and it strains my very being to do so. The main educational benefit is that it helps shape a discussion about what counts as meaningful evidence.Â
There is interesting irony here. Eye witness accounts of alien abduction, deeply believed by the abductees themselves, are deeply disbelieved by almost every credible scientist. Yet in other aspects of life, equally deeply believed eyewitness accounts are enough to put people on death row. 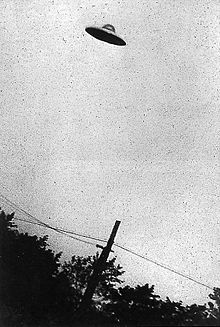 There are other ironies. There is not a jot — not a jot — of evidence there is life elsewhere, but many scientists are spending a lot of money, much of it federal tax dollars, looking for it. In contrast, there are hundreds (?I can’t find a reliable number) of US citizens who say they have been abducted by aliens visiting earth. That’s a lot of evidence.Yet so far as I can tell, there is no credible scientific effort investigating that evidence. Of course, that’s because, by and large, deeply held personal experiences are not very accessible to the rest of us. If I could go see for myself, then theÂ investigation is on. Otherwise, there is nothing. It is just like religious experience: strong evidence to those who have the experience. Nothing to someone with a different experience. That doesn’t make it wrong. It makes it inaccessible.
The final irony struck me during class. I am trying to get the students to think about the nature of evidence, to think decide for themselves what to make of eye witness accounts and grainy shots of strange objects in the sky. Â And the Comment Wall lights up with texts from the students asking what I believe.
As if that matters. Three quarters of the way through semester, and there is still is no right answer folks. You have to think for yourselves.
Class average excluding the students who did not do the test, was 80% (B-), the same as class tests 1 and 2.  A, 28; A-, 15; B+, 11; B, 13; B-, 13, C+, 12; D, 30; Fails, 36, including 29 no-shows. No one got everything right, but 8 students got 100% given my grading algorithm.
The large number of no-shows is a bit alarming; I think only 11 of them have sufficiently high test grades from Class tests 1 and 2 to decide it was not worth taking this test (I take the best two grades from the four tests). Maybe another ten or so feel comfortable sitting on a B. But my advice to all students is to do all four tests no matter how good your best two grades: the final is like one of these tests, worth a lot more, and so the more practice the better.
The weird grade distribution, the inverted U-shape instead of a bell curve, is still there: 43 A’s and 66 D’s and fails. That last number is a bit alarming, but it is distorted by the no-shows. The number of actual fails (people who did the test and failed) is really down on last time – just 7 this time, compared with 18 last time. Still too high, but at least in the right direction.
This test was evidently a bit harder than the previous tests. The number of A’s is down, which is only partly due to the 20 or so no-shows who presumably would have got an A if they could have been bothered doing the test. The number of students getting 100% or more is substantially down. Again, this might be partly due to the accomplished no-shows.
Drilling down, the class did pretty well on critical analysis of a media report. Where things fell over was in the questions relating to class material. For this test, I intentionally asked more questions that you really needed to be in class – and paying attention – to get right. For instance, I talked about Barry Marshall’s discovery that a bacterium causes stomach ulcers, not stress. Rather famously, Barry Marshall himself drank a solution of this bacteria in order to test that hypothesis. This made him sick, but it did not give him ulcers. So, to the extent that a single data point can show anything, it was evidence against his hypothesis. And I emphasized that in class. Yet most (129) of the students said his absence of ulcers was evidence consistent with his hypothesis. Worse, a further 23 said it proved his hypothesis (I don’t know how many times I have talked about the difficulty of ‘proving’ anything in science).
So I conclude that I have to emphasize to the class what is going on here. I think students assume all the notes will be on the handouts. Not mine. They are skeletal (and I am making them more and more skeletal as the attendance drops off). People need to come to class and engage. Many students are. Do the rest just think I am turning up myself just for fun?
There are two students who are doing very well on class tests without attending class much.  I wonder how that is possible.  I so hope there is not some cheating going on.

Three of us grade the class blog.  We were pretty disappointed over all.

Results: A, 1; A-, 15; B+, 15; B, 17; B-, 24; C+ 22; C, 14; D, 12, Fails, 50 (people who did little or nothing). The mean grade was 77% among those who did enough to pass. That is almost the same as last time. Fourteen people made a big effort and shifted their grade to an A.
Among the top scorers were some excellent efforts, not least Fashion, Are Smart People Happy?,   Celebrity Health Trend, Single Sex Education, Do old people smell?, Crunch, and Feeling Good isn’t always Good. I particularly liked Do midlife crises exist? — I recognized the issue.  Some really engaged with things using the skill set I have been trying to get across in class (e.g. Childhood Obesity, Marijuana).
But there were a lot of people making minimal effort, and that is reflected in the grades. Many people seem to be trying to achieve the relevant number of posts, not paying much attention to the quality issue. As it says in the grading rubric, for an A,
Entries are conceptually sophisticated, engaged in a substantive way with the material
and
Posts draw directly upon the material to make a creative and substantive point that extends beyond the material
I am not sure how many times I wrote that into the feedback. Of course huge numbers of posts happened at the last minute – 182 in the last 24 hours. Those last minute posts were almost without exception unimpressive. There is no question the better posts happen earlier.  Good posts take time, both to write well, and more importantly to research and think about.
So, SC students, how to get a better mark on the blog? See links in my Blog Period 1 post. And hit the ‘Get an A on the blog’ link. And get creative, conceptually sophisticated, and substantive, and extend things beyond a single source. In other words, think.
So, Andrew, how to motivate the majority of the class to move beyond Facebook-like efforts and really engage with blogging? It evidently is not enough that 40% of the final grade rides on it.