Last Thursday, attendance was 60%. That looks like this. Every seat should be taken. 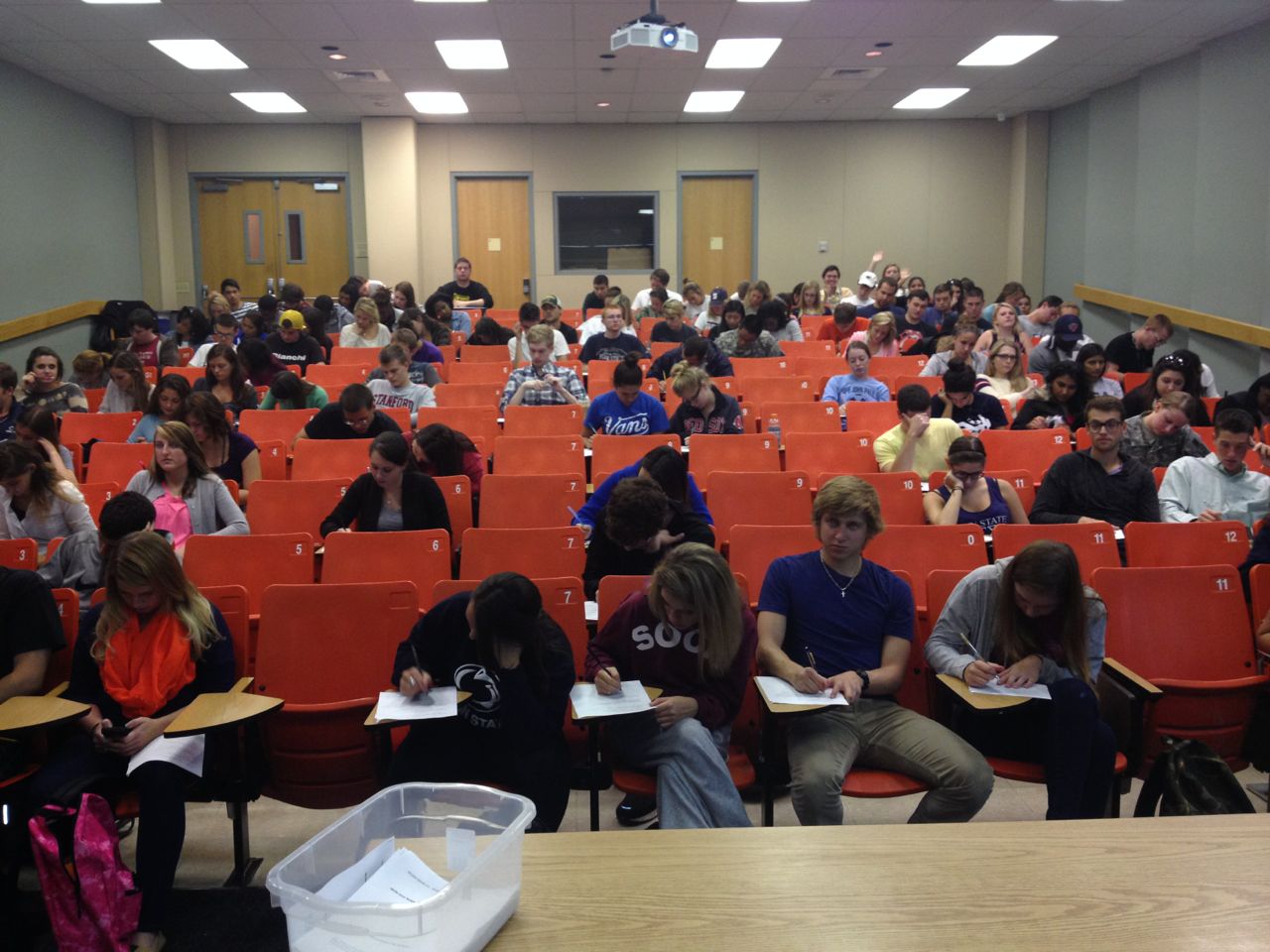 I asked Dean Williams for theories on how it could be so bad. She suggested the Thursday before canning weekend will always be bad. That cleared my conscience for the weekend.
But this is how it looked yesterday. 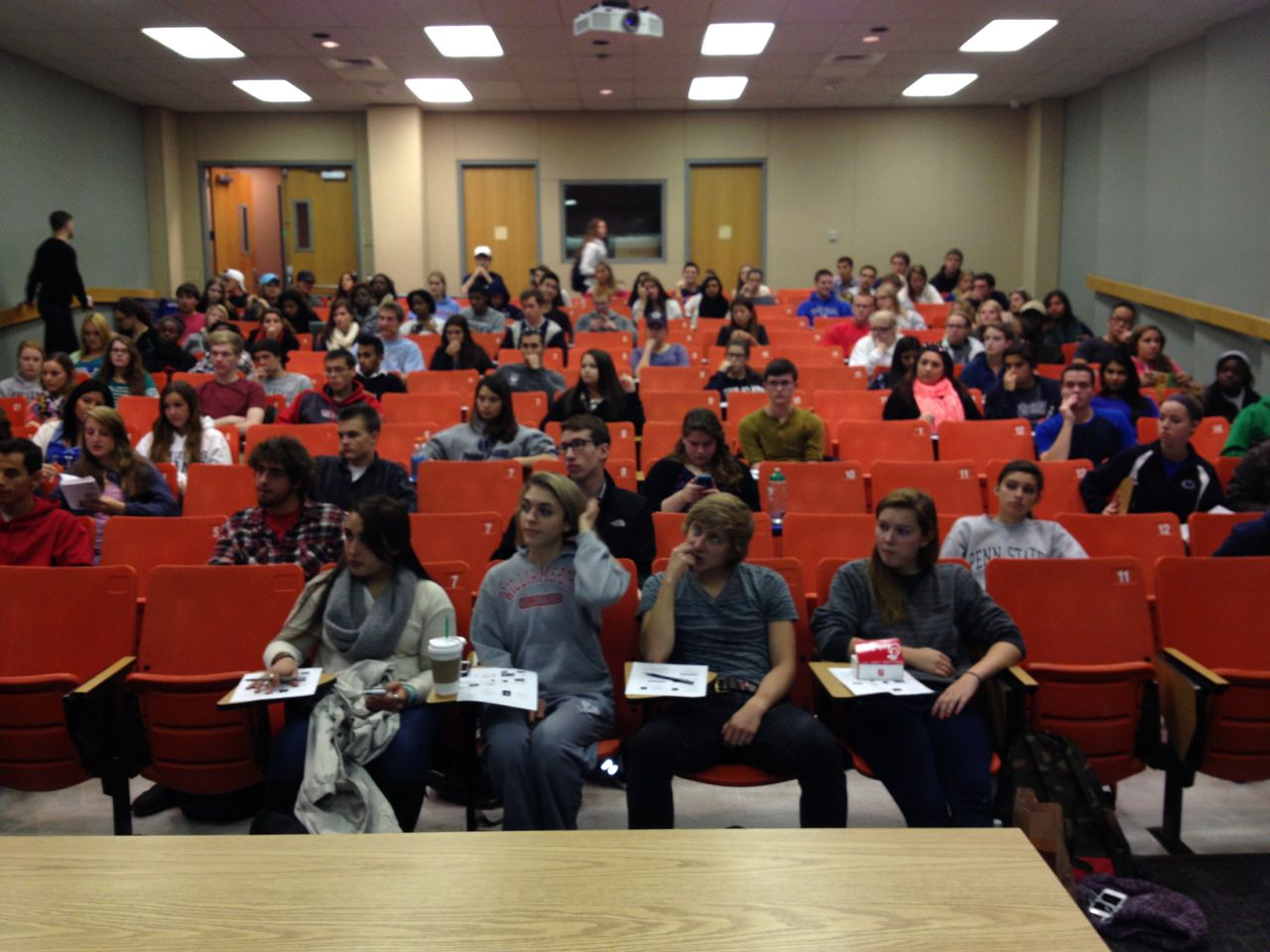 Maybe it is this bad because it is the Tuesday after canning weekend?
I see from my blog that I angst about attendance at this time of year (2012, 2011a, 2011b). [who’d have thought that it is good I blog because I can reassure myself that this year is no worse than before….]. Sixty percent is not quite a record low, though we have a ways to go in the semester yet, and no football scandal.
For other reasons, I was looking over the end of year judgements of the Class of 2012. In response to the question ‘Name three things you learned from this course’, a very significant number said: go to class. Students this year are also thinking about it, as they have in the past.
How to teach critical thinking to people who don’t show? It’s hard enough for those who are there.

2 thoughts on “Being there”