My class yesterday was on ‘Are animals gay?’ I teach it because it is intrinsically interesting. Gay sex is not obviously an evolutionary winner (lots of theory, not much data, much ignorance, good stuff to teach about the workings of science). Moreover, when science figures out the biological basis for gayness (for surely there is one: there are gay sheep), drug targets will be revealed, meaning we could change people’s sexuality by swallowing a pill. The societal ramifications of that will be fascinating. Even better pedagogically, the subject is a great hook for asking whether scientists’ world views affect their science. Obviously they do. Scientists are people, and people with different perspectives ask different questions. That is why for most of the repressed last century, no one saw anything other than heterosexuality in the animal kingdom. It is why, more generally, we need diversity in the scientific work force. And of course, I teach gay animals to shamelessly exploit the students’ interest in sex to get them to think about science.
For the last couple of years, it’s worked really well. Yesterday, however, trouble set in early. Within the first couple of minutes, a student texted to say “THANK YOU for wasting my time and money with today’s lecture”, and five students stormed out. Later, when I had gone over the data (same-sex sex/couples are everywhere), I asked why the existence or not of gay animals is such a big deal to people. Not much reaction, so I read that comment out in class. General outrage followed. One student got very abusive about anyone who could send such a text – and the rest of the class clapped her outrage. So I had to lecture them on not being abusive, least of all in the face of abusiveness, and then I got a string of texts thanking me for doing the class, how interesting it was.
Was I right to read out that message, to pour petrol on the fire? I don’t know. During an exam revision session tonight, it was clear that the students had been impacted. Me too. That’s good, right?

This time there were very few questions which most of the class got wrong, so that’s good. Tests are good for identifying things that I am not teaching well. I learned from this test that I need to go back over the file drawer problem. That problem does not affect the conclusions of published studies reporting positive results. It affects the conclusions of meta analyses which survey the literature to look for general patterns. If negative results are not being reported, it is hard to properly assess whether the positive results are real — or just flukes.
I also asked about Dean Larson’s discussion of the recent estimate of the number of earth-sized planets in the Universe. In his slides, he gives the figure of 17 billion in our Galaxy. He and I discussed this in class – if there are 100 billion galaxies, then that means 17 billion x 100 billion earth-size planets in the Universe.

One of my post-docs said it was unfair to ask about numbers, but in this case I think it really matters. There are evidently a staggering number of earth-size planets in the Milky Way, and a staggering number of galaxies. The chance that life exists elsewhere is going up and up the more we learn. It’s a very fast evolving area of science with profound implications for the way we think ourselves in the universe. Just how special are we?
In fact it’s such a fast moving area of science, the Dean’s figure (from March of this year) is now apparently outdated. The latest estimates, released yesterday, are of 40 billion habitable earth-sized planets in the Milky Way (= 40 billion x 100 billion in the Universe). So the best estimates of the chance that we are alone became even smaller – during the time this class has been running.

Improvement is rewarded on this course. I set the grading algorithm up so that poor performance early on has no impact on the final grade.

That honeymoon period stops Monday with Class Test 3. I take the top two marks from the four class tests; this means for many students, Monday’s score will be one they are stuck with. Similarly, we are now in the 3rd Blog Period; I take the best score from three periods, so this blog period will determine the final blog grade for many students.

Some students have already done well on their blogs and class tests. In principle they need do nothing more than the final exam. But that is a bad strategy: the more practice people get on my class tests, pop quizzes and class material, the better they will do in the final exam.
A couple of years ago, a student who failed the course wrote to say he did not realize blogging counted 40% of the grade. I have just written to the 22 students in this years class who have yet to start blogging. You can’t even be in the running to pass this course if you don’t blog. It’s as simple as that.
Here’s how things currently stand for overall grades. Fail, 26; D, 11; C, 22; C+, 33; B-, 24; B, 33; B+, 11; A-, 9; A, 1. Right now, no one is stuck with those grades. From Monday, things start to congeal.

Well….  Among those who did something substantive (enough to pass), the average was 78%, exactly as blog period 1, and exactly as this time last year. 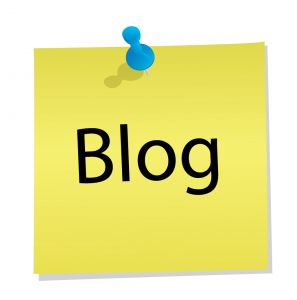 The secret to staying sane as a university teacher is to focus on the students who ask for help — and the great stuff that is happening. I gave extra credit for an inspirational post on the 4 billion mile photo, not least because it fired me up to talk about it in class. Also excellent was an investigation of whether there is a Zone athletes can get into (1 and 2). There was a fabulous analysis of whether homesickness affects GPAs (which elicited some powerful comments), and a two part critical analysis of whether US murder rates are rising (1, 2). There was good stuff on personal lifestyle choices (e.g. how modern technology is interfering with sleep, whether getting up early improves your GPA), and one brave student wrestled with the question of which came first, the chicken or the egg. One of the students broke new ground and did an interesting analysis of our blog, wondering why some posts attract more comments than others. She was the first in the four years of this course to ask that question; even better, she gathered some data to address it. Her ideas plus the hypotheses suggested by students who commented all remain testable: what explains this distribution? Lots of potential for more posts on that topic.

Finally, and most uplifting as a teacher, I thought Homophobes, Country Music Suicides, and Gay Parents were excellent examples of SC200 thinking applied to a politically incendiary topics important to society. I gave them extra credit. Empowering students to think like that is one of the main reasons I teach this course.