OK, I’m done. It’s the end of the year, and time to get back to the future.

But before signing out, the lessons from 2013?

And finally, tackle some new topics. Big topics. Like the meaning of life. And evil.

Much to my surprise, it turns out that by far the most useful question to ask on the end-of-semester Student Rating of Teaching Effectiveness surveys is not one of the questions the university or department requires you ask. It is instead What are the three most important things you learned? (I thank Dean Williams for suggesting last year that I add this question). A smattering of responses from the class of 2013:
When you are teaching large classes, it is easy to focus on the problem students and the negativity. But (most of) these comments make me want to keep teaching lots of non-scientists who don’t want to be there. Teaching science to scientists, or teaching small groups of elite students…that’s important of course. But some how it feels like I can make more of a difference to more students with this course. And it still challenges me more than any other teaching assignment I can imagine.

The end of semester student surveys generate numbers, which are of limited value in my opinion. The open-ended questions generate the gems.

Among the most notable negatives

The class test and the final exam are multiple choice questions (here’s an example). What else can they be, given the class size?

A quarter of the class thought I graded too hard. A subset of those also thought their learning would be improved if I made the multiple choice options less ambiguous. 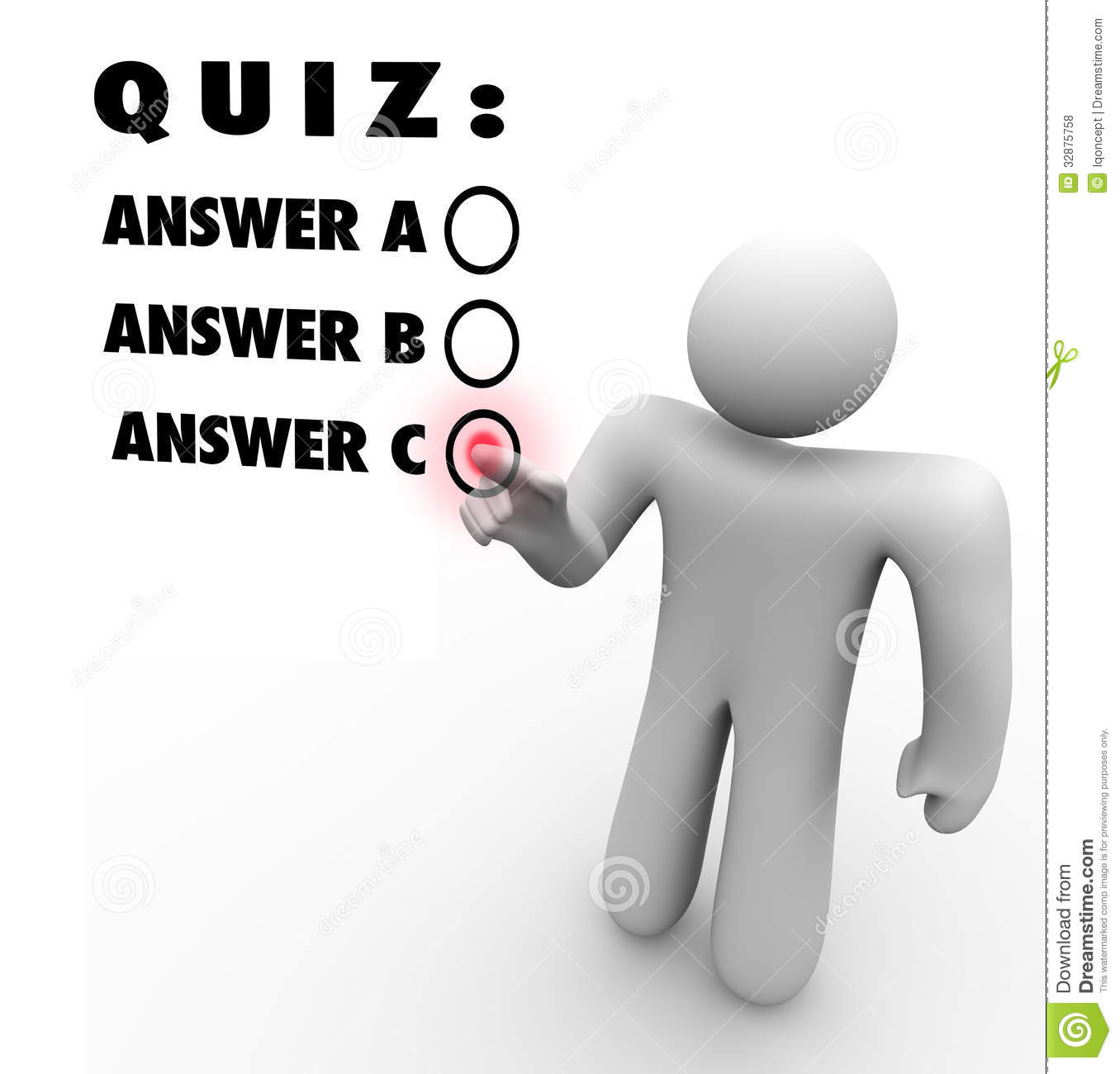 I really need to get better at managing student expectations here. I tell them from the get-go that my tests are not like their driver’s license ‘test’. I am not assessing them. I want them to practice thinking; I want them to examine things, to apply the critical thinking skills I am trying to get across.
One of the challenges for me is to shoehorn the real world – which is all shades of gray – into a multiple choice format. I actually like the discipline. Some students object to questions with many options (up to 8). Well, oftentimes life has many options. And sometimes it does not. Sometimes life does boil down to the dreaded (a) yes, (b) no, (c) not enough information to decide.
And real life is about making mistakes, and getting back up to try again. I think my tests reflect that; some of the students hate them for precisely that reason. They get two goes at the tests and they want to know which question they got wrong, so they can pick from the other answers. They have learned there should be an obvious and easy right answer. I wish reality were so. Out there, it is about more than chasing an A. I have to explain that better.
My favorite answer set of the semester: (a) probably, (b) probably not, (c) impossible to tell. Several of the students objected to that. Welcome to real-world decision making.

Students are asked in the end of course surveys What changes would improve your learning? Of the 127 SC200 students who answered this question this year, the most common suggestion (made by over a quarter of them) was that I grade easier.

I can not see how making it easier to get an A would improve learning. Nor can I see that students or society are well served by dumbing things down. In fact, the more I look at the world our students are entering, the more I think we have stretch them further than we currently do.
The only way to get students to stretch is to grade hard. I wish that were not so, but it is. Students have so many competing demands on their time (academic and non-academic) that grades become the arbiter of effort.
Indeed, am I grading hard enough? Deciding how high to set the bar is one of the most difficult problems in Higher Education. All else flows from it, but so far as I can tell, no one has any idea what we are shooting for. I don’t know if I have the bar set right in my course. About half the class got an A or an A-; a quarter think I grade too hard. Is that about right?
Let’s say it is. What that means is that I need to figure out ways to help those who are feeling really stretched. Somehow I have to figure a way to encourage the unhappy 25% to make use of the resources I have available. And to figure out what else would help.

For everyone’s sake, we need to figure ways to help them achieve – without lowering the ambition.

The Student Rating of Teaching Effectiveness results are just in. Students are asked to rate a variety of things on a scale of 1-7. It is hard not to fixate on these numbers, despite their shortcomings. And their shortcomings are many. The scores almost certainly reflect something, but is it teaching effectiveness? The scores can’t be used to compare courses, not least because audiences differ (most of my students aren’t there by choice), or to compare teachers (popular teachers are not necessarily effective teachers). But the scores are good for identifying under-performing teachers (usually scores <4), and for comparing the same teacher across years.

Evidently I am getting worse.

The shape of the curves fit with my general experience of university teaching. The second year of a new course is the best. You’ve ironed out the kinks, but the material is still fresh and exciting to teach. It is hard not to lose the edge once things become routine.
But looking more closely at these numbers, I can’t help but wonder if something else is going on. One of the questions asked is ‘Rate the clarity of the syllabus in stating course objectives, course outline and criteria for grades’. The syllabus is the document which should lay out everything about the course. I have not changed mine over the four years. Moreover, I have never had a single complaint about it. Yet the students rate it as less and less clear through time (black dotted line). Is it possible students are getting more ornery?

Class average: 88%. Three people failed, one who dropped out but did not withdraw, and two who did effectively no blogging. Among the 32 A’s are seven students who got more than 100% with the extra credit. In the absence of extra credit, the highest score would have been 97%.

I am always amazed how the final exam goes better than any of the class tests, even though all five tests are identical in format and difficulty. This year was no exception.

I do this course to make a difference. How do I know if I am? At the start of semester, I ran a survey to gauge the students’ attitudes to science. I ran the same survey last week so I could measure the impact of my course.

I made no impact. None. Zip. Denada. ZERO.
There must be something wrong with the survey.
For the record, after the course, the students agreed more forcefully with one of the 20 statements offered to them. Astute SC200 graduates will recognize 1/20 as the false positive rate expected by chance if in fact I made no difference.
[However, that particular statement concerned perhaps the key learning objective of the course, Feynman’s statement that ‘Scientific knowledge is a body of statements of varying degrees of certainty – some most unsure, some nearly sure, none absolutely certain’. I take a crumb of comfort from the possibility that students understood that better after a semester of my labors. And if that shift in attitude was in fact due to chance, how are we to know without repeating the experiment?]
The remaining questions:-
Students were asked if they strongly agreed, agreed, were neutral, disagreed or strongly disagreed with the statement. With perhaps the exception of the first question, where 82% of the students strongly agreed, less than 30% of students strongly agreed or strongly disagreed with any statement, and for the most part <10% strong agreed or strongly disagreed – in other words, if student attitudes had got stronger for or against any of those statements, there was plenty of room for the survey to have detected that. No such shifts occurred.
Return rates:- 84% at start of semester, 87% at end

So far this week, I have spent over eight hours responding to students complaining about some aspect of their grade. Over 50 students have emailed since December 1 (30% of the class), some about several different issues. I judged three of the complaints to have merit. 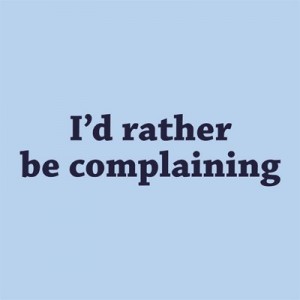 The sheer volume of the deluge began to fascinate me, so I started collecting data. On average, it takes me 15 minutes to investigate, make a decision and write back. Often times, students respond to the response faster than I can process the original complaints, so the net volume of correspondence actually grows as I process it. Of the responses to the responses, about half are graceful; the other half disagree and require I respond to the response to the response. I respond to about a quarter of the responses to the responses to the response. Which I guess shows I am not being firm enough. Or that I have gone mad.
It felt like there were a lot more complaints this year, but as I tell my grad students, always get the data. Checking, I learned that this year is in fact only about 20% ahead of last year, but it is 50% ahead of the year before. Extrapolating, there won’t be enough hours in a week to do the responses by 2020. If we scale the class up, I will need to employ someone to handle all this. A shrink maybe.
The saddest correspondents are the ones that talk about having put in many hours on x, y or z, and not got the returns. I do feel sorry for those folk. Partly because they have put the hours in for disappointing returns, but mostly because those students seem to think that hours in equate to rewards out. That only works when you are flipping burgers or waiting tables. Maybe not even then.
Perhaps none of this is the fault of the entitlement generation (the standard faculty explanation). Maybe I did something wrong? I thought I did my best job ever of defining expectations, that the graders did a better job of feedback on the blogs than ever before, and that Kira and Ethan, this year’s TAs, did an outstanding job and were available more or less 24/7. I ran as many revisions sessions as I ever have before; fewer students than ever took advantage. Attendance in class hit a record career low for me (<50% at the end). Not for the first time this year (test grades, blogs), I wonder what happened.