Coming to class is important for SC200. It’s not just me that thinks that: the students always tell me that, especially those that realize too late that we have no text book and you can’t wing this class from the powerpoint slides. But no matter how or how much I tell them that, it transpires that you have to incentivize them ahead of time. So after many years of ruminating (and complaints from students that I did not tell them strongly enough how much it matters (!)), I decided to go brutal. I randomly take attendance, and for 10% of the final grade, they have to be at 9 of at least 12 of those attendance takings. If they are not, they get none (zero, zip, nuttin) of that 10%. That 10% percent can lead to a very serious grade drop (A to B, B to C etc).

And with that algorithm, this was the attendance pattern for 2015: 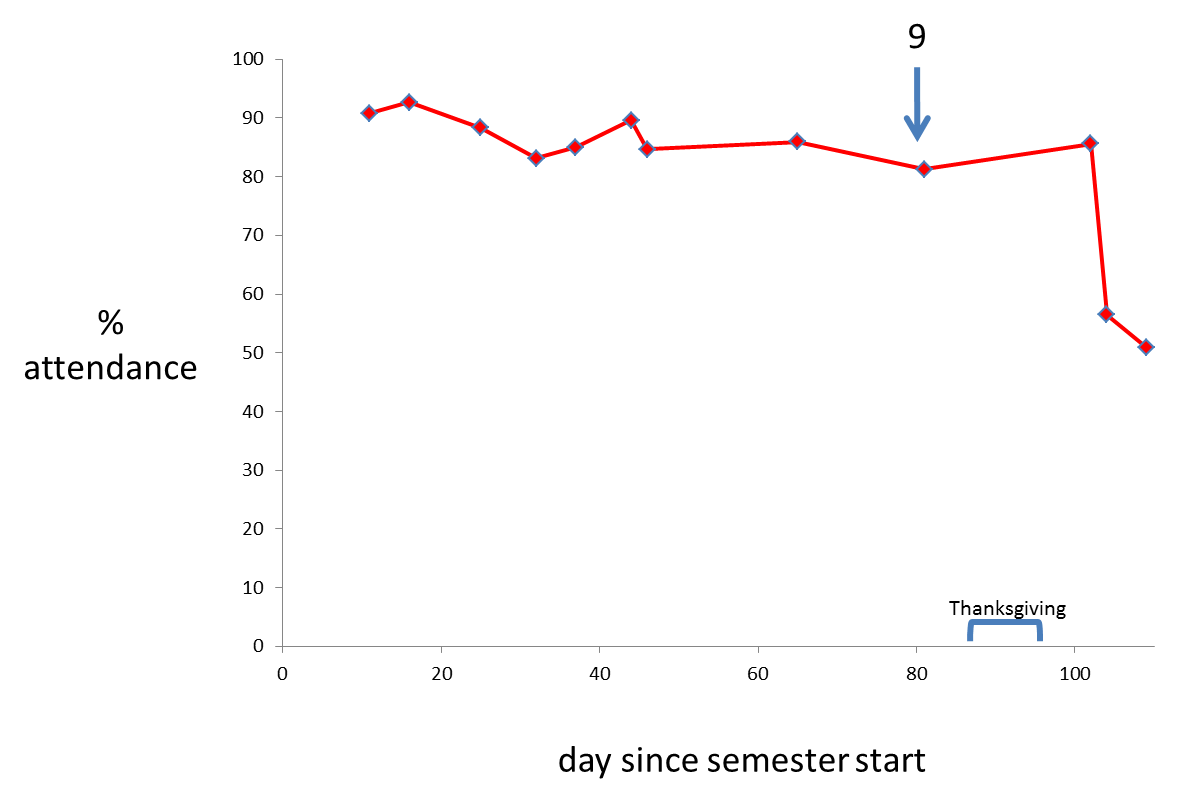 So over 80% attendance until the week after Thanksgiving, by which time most students had hit the required nine, and by the end, c.95% (308/326 students) had hit the attendance requirement (remarkably similar to 2014 when the requirement was 7 of 10). [Note that the denominator for all these data are the number of students who finished the course; there are likely bad attenders who dropped the course for whom the algorithm failed to work.]

Naturally, I have since had emails from some of the 18 who never hit the mark offering a variety of explanations about why they deserve the 10% for attendance even though they could not be bothered attending regularly. This email begging is definitely a downside of the system. But upsides:

Finally, in the last class of the year I held a discussion about whether this attendance scheme was good. No one — and I mean no one — thought it was a bad idea. I wonder what the 50% students who were absent made of it.