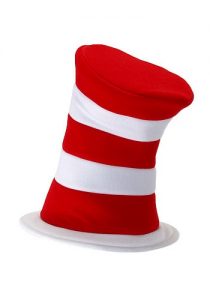 This is the actual hat I use in class…….

I like students answering questions I pose in class, but it tends to be the same minority who stick up their hands. I have tried cold-calling people, but that terrifies some and is unfair to those with speech disabilities. So this year I decided to offer up to 2% extra credit for students who opted-in to have their names in a hat for me to pick at random.

A little under a third of the class opted in. I was pretty pleased with that — it gives me 100 or so people, more than enough to make a classroom work. But it was amazing to me that >60% of the class doesn’t want 2% extra credit just for answering a question or two (and I made clear that ‘I don’t know’ would be a perfectly reasonable answer). I don’t know of too many professions where public speaking of some sort is not essential. And public speaking is something to practice. Answering questions in class is a safe, easy way to practice. I tell my grad students to try to ask a question in each research seminar they go to — even the exercise of trying to come up with a question sharpens the mind. 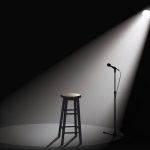 So many of the skills that employers want can be easily honed by students themselves. The shy and under confident have it in their hands to become good public speakers. I have known several students who began their PhDs so terrified of public speaking, they would vomit before giving research talks. One of them solved the problem this way: she took up stand-up comedy. No kidding. In open-mic comedy clubs, with drunk people in the audience. Even more, she took up stand-up comedy about science. Ballsy or what?

She will surely go far.