Somehow we lost 17 students from the course since Blog Period 1… sigh. None of them ever came talk to me about their options. Maybe they dropped out for reasons other than the course.

Of the 336 students still registered, 91 did nothing on the blog at all. A further 59 did so little, they failed. On top of that, there were 38 D‘s. The good news is that, believe it or not, that’s fewer fails and D’s than for the first blog period. 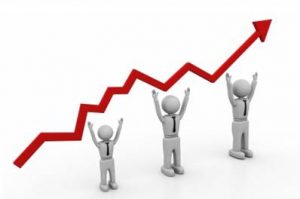 It’s always a little hard to know what to make of that distribution. Some of those who did well last time will not have participated this time (I take the best score from the three periods) and some who did not do anything last time have just tried for the first time (and so have yet to benefit from personalized feedback). Nonetheless, I do take heart that some students had really stretched and things were in general much improved (way more A’s and B’s). The writing that earned those scores cheered up the graders. They found it all quite disheartening in the first blog period (a common reaction for grading newbies who never realize quite how little effort the majority of undergraduates put in). 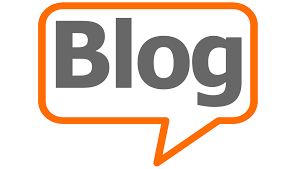 So, some examples of good practice: I enjoyed learning whether music is helpful (lots of original thinking in that one) and that chicken soup can be (mechanism unclear). Whether brothers make you gay is an important topic with lots of ramifications, some of which I hope to discuss in class in the not too distant future. Also important and well written, the possibility that video games make you sexist, and that weight loss apps don’t work. I also thought this take on sleep was great. Sleep is another topic I hope to get to in class: we do it for a third of our lives and no one knows why. Do dumber people swear more? As an occasional potty mouth myself, I was reassured to find the answer is probably no. There was also important, well written stuff on running to aid mental health, the effect of skipping class on school performance (not good), SAD, the dangers of second hand smoke (where the beliefs are far stronger than the data), and whether going to the doctor is actually good for you (it’s almost always good for the doctor’s bank account, so you can trust their answer to that question).  As always, for students interested in improving their blog grade, I strongly recommend taking a look at those examples (not random entries on the blog which are by definition average), scrutinizing the grading rubric, paying serious attention to the feedback from the graders, and looking at the tons and tons of resources to be found here.

Ok….so we now have the list of the 23 students who have yet to do any blogging whatsoever. We’ll write to those folks over the next few weeks begging them to engage. You can’t pass this course without blogging (it’s 40% of the course and the pass grade is 60%). In previous years, some students have failed and told me after they thought blogging was optional… Gotta love it.