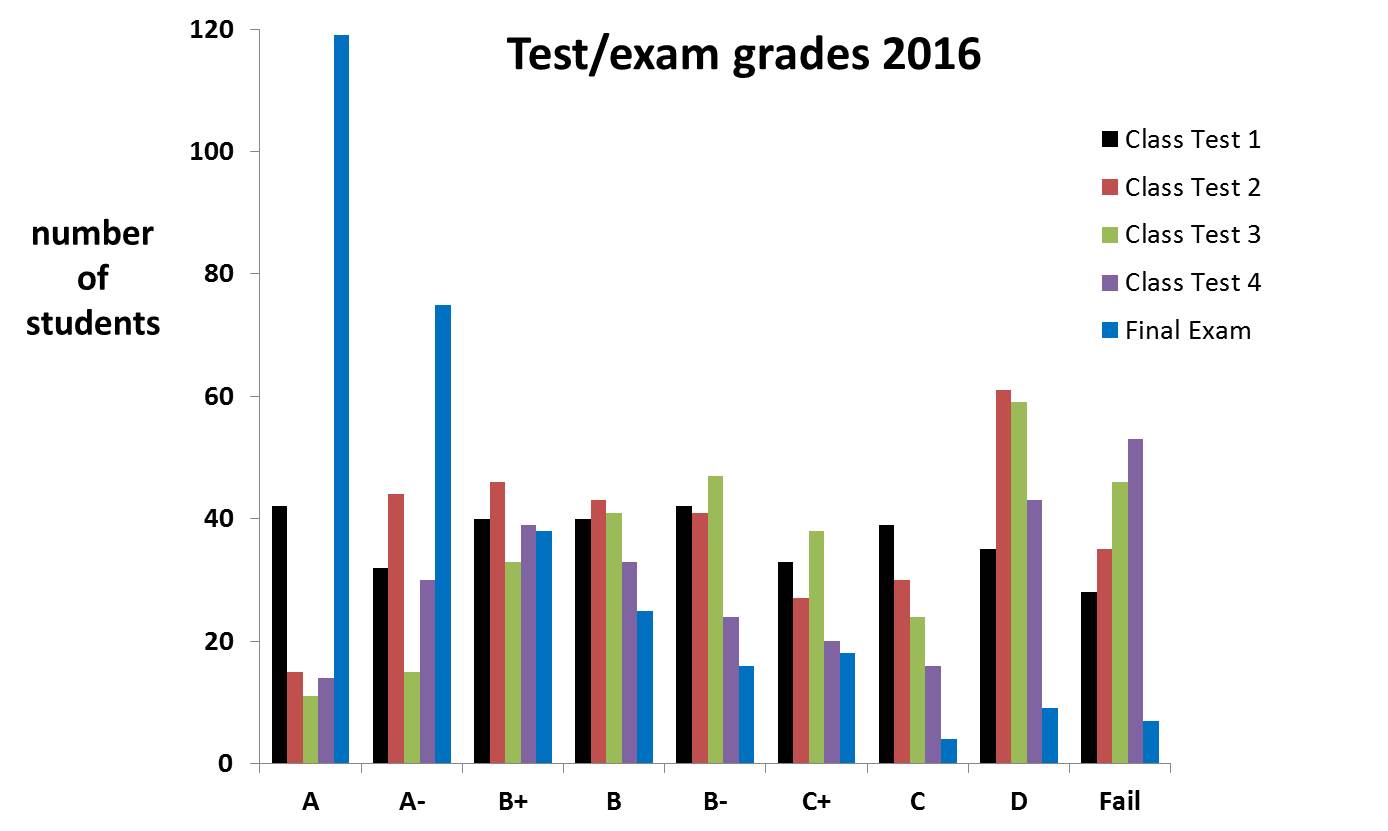 The class tests and final exam are all identical in format. In an ideal world, we should see grades improve steadily through the semester. We did last year.  That would look like a steady increase left to right for the A’s and a steady decrease left to right for the lower grades. We don’t really see that. Well, certainly not for the A’s. Maybe the B’s and C’s are doing sort of the right thing. A simpler interpretation is that not much happened at over the four class tests and then there was a huge jump in performance for the final exam.

When I first noticed how much better the class did in the final exam than in the class tests, I was pleased (they had learned something! there’ll be fewer complaints! etc etc). Then it started to gnaw at me. The final exam is open, on-line for five whole days (120 hours) and, like the class tests, the students get a second go at the exam, having learned what their score was first time around (but not which questions they got wrong). Could there be widespread cheating? Now this is not something nice to think about, far less discover (just think of the time-suck it would be to run large chunks of the class though academic integrity proceedings). But I decided I should anyway take a look.

The set-up is vulnerable to a class that gets really organized and uses their first exam attempts to try to work out the correct answers. That would take some serious amount of class-wide coordination to pull off. But let’s imagine what that would look like if it happened. Most obviously, test performance should improve over the five days the test is open. There is no sign of that. In fact, if anything overall performance gets worse through time (I believe that’s because procrastinators do worse on average). 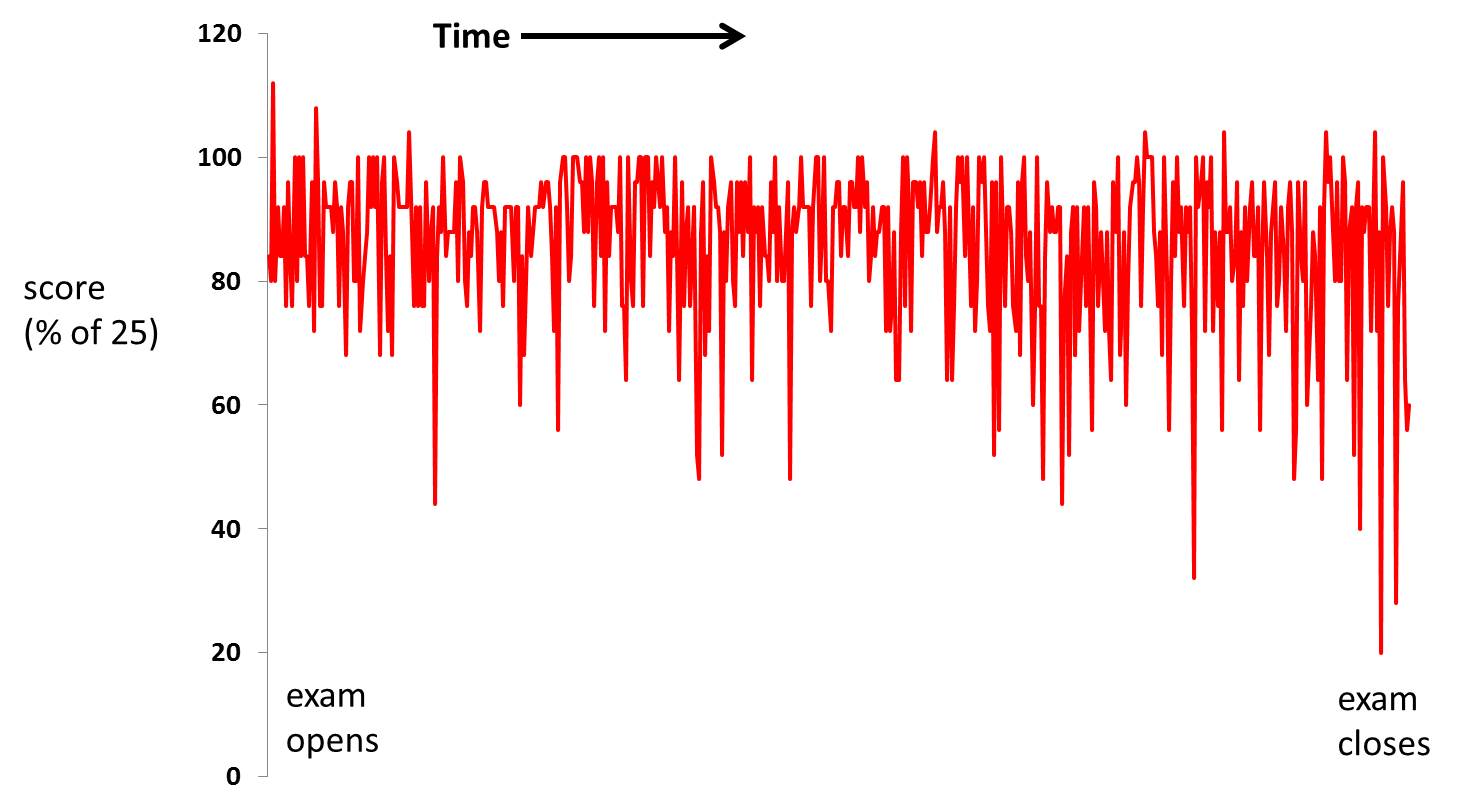 Each point is a test score; students get two goes so there are about 600 scores here. I ask 28 questions and grade out of 25; that’s the plotted score. More than 100% is therefore possible (note the two times that happened, it was me, once to test the test and once to test what Angel does when you get something wrong).

This picture doesn’t rule out some types of cheating (e.g. the highly illegal business of getting someone else to do the test for you), but I think it does rule out most plausible scenarios of large-scale class-wide fraud.  So I guess the simplest explanation for the performance jump in the final exam is some combination of (a) me setting an easier exam, and (b) students having more time and motivation to do well.

The way to be 100% sure about this would be to do the exam proctored in the exam center. What a performance for a class on this scale — plus, some students would miss it and need a re-take test. That would be all so tedious.